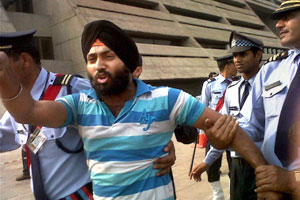 Harvinder Singh today gave a tight slap to the Agriculture Minister Sharad Pawar after a public event here shouting slogans against corruption and price rise, after breaking into a group of journalists.
71-year-old Pawar was caught unaware when he was slapped by the youth, a local transporter in his thirties who had assaulted former Telecom Minister Sukh Ram outside a court on Saturday after he was sentenced in a corruption case. 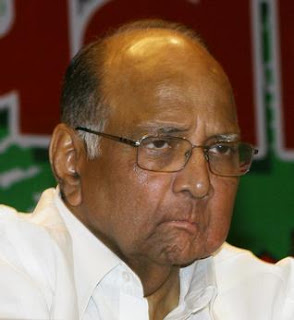 The NCP veteran, who has very little security, lost his balance for a moment but regained composure after the assault, moved towards the exit of the auditorium and got into his waiting car.
Private security guards immediately overpowered the youth who was shouting "he is corrupt" and an official landed some blows on Singh.
"I came planned to the event to slap the minister," Singh told reporters who had gone to cover the literary function.
"All of them are corrupt," he shouted when he was removed from security and policemen. 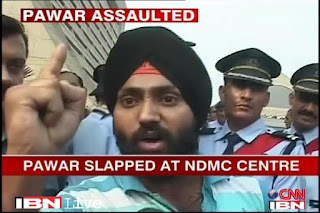 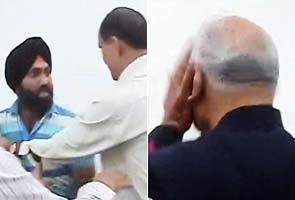 at November 24, 2011
Email ThisBlogThis!Share to TwitterShare to FacebookShare to Pinterest
Labels: Political Humor