Bharti Infratel Ltd, the tower arm Bharti Airtel Ltd, is set to raise up to INR 4,500 crores in the month of December through it IPO. The company set a price band of 210-240 rupees per share for its IPO, which will open on Dec.10 for cornerstone investors and a day later for the public, closing on Dec. 14, it said on Friday. At the upper end of the price band, Bharti Infratel would raise about 45.3 billion rupees ($825 million).

In the sale of 188.9 million shares, or 10 percent of the company, Bharti Infratel will sell about 146 million new shares, while four of its stockholders, including arms of Singapore state investor Temasek and Goldman Sachs, are selling 42.7 million shares, according to the regulatory filing.Bharti Airtel, which owns about 86 percent of Bharti Infratel, will not sell any shares.

Recent reform initiatives have created a sense of optimism among the domestic investor base for the first time in over a year, and the risk of policy missteps in 2013 has been lowered," said Goldman Sachs in a report.

The investment bank added that MSCI India's valuation was well below the 5-year average of 14.9 times, affording an attractive entry point into one of the stronger structural growth markets in the region.
Read more »
at November 29, 2012 No comments:
Email ThisBlogThis!Share to TwitterShare to FacebookShare to Pinterest
Labels: Broker Bytes, Goldman Sachs

If you are willing to do an online course on finance which helps you get a foothold on the basic of finance and asset valuation and also provides a certificate on completion then there is a very good news for all of us willing that.

University of Michigan is offering a free online course on Introduction to finance through Coursera which is expected to introduce you to frameworks and tools to measure value; both for corporate and personal assets. It will also help you in decision-making, again at both the corporate and personal levels.
Read more »
at November 29, 2012 1 comment:
Email ThisBlogThis!Share to TwitterShare to FacebookShare to Pinterest
Labels: Course in Finance, Stock Market Lessons

If you ever wanted to attend or read lectures on investing from one of the top tier international Institution/University but couldn't do so for some reason then here is your chance to do an offline course on Investing from MIT Sloan School of Management. The full course can be downloaded directly from the link given below and it includes comprehensive set of lecture notes for all 23 lectures to explain core concepts along with the assignments and exams.

Gap Trading Strategies: How to trade gaps in stocks?

For novice traders gaps are not easy to digest due to sheer psychological reasons but seasoned traders know it's importance and how to trade it. An active trader should know the basic Gap trading strategies as they are simple to apply and produce positive outcomes most of the time. 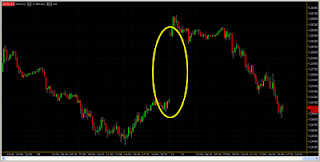 If you have been wondering what is meant by a gap then here is the simple definition. A gap is a change in price levels between the close and open of two consecutive days. In trading terminologies there are in general four types of gaps - Full Gap Up, Full Gap Down, Partial Gap Up, Partial Gap Down.

With the successful IPO issue of Mumbai based Tara Jewels, IPO market seems to have seen the light at the end of the tunnel. The issue, which closed on 23rd November, was oversubscribed 1.97 times.

There are some five to six IPOs lined up for subscription in December which includes popular names like Bharti Infratel and CARE among others. Following are the details of issues up for grab in the following month:

Read more »
at November 24, 2012 No comments:
Email ThisBlogThis!Share to TwitterShare to FacebookShare to Pinterest
Labels: IPO

While reading Moneycontrol online I stumbled upon a very interesting article on Mental Accounting which in my view is a must read for everyone. The article explains about how people categories and treat money differently depending on where it comes from, where it is kept and how it is spent.

I think if one can overcome this fallacy he will have altogether different perspective on Assets, Liabilities, Income and Expenditure.
Read more »
at November 13, 2012 No comments:
Email ThisBlogThis!Share to TwitterShare to FacebookShare to Pinterest
Labels: Stock Market Lessons

If you are an existing trader in Indian Stock Markets or just learning technical analysis to start trading, you require a software where you can plot basic as well as as advanced indicators such as Moving Averages, RSI, Bollinger Bands etc on different charts such as Line, Bar etc so that you can predict the direction and quantum of next move.

The recent announcement of iron ore mining ban being lifted selectively in Karnataka has triggered this buy call by InvestorZclub. It seems that all the negatives are priced in the stock of Sesa Goa, India largest iron ore mining company which derives 80% of it's ores from Goa.

Now the selective removal of mining ban will augur well for the stocks like Sesa Goa, as the news flow for the sector as a whole can only get better from here and couple of months down the line the mining ban in Goa will also be removed.
Read more »
at November 03, 2012 2 comments:
Email ThisBlogThis!Share to TwitterShare to FacebookShare to Pinterest
Labels: Investment Idea, Sesa Goa
Newer Posts Older Posts Home
Subscribe to: Posts (Atom)