Do's and Don'ts of Investing in IPOs 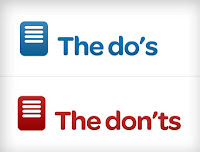 Worldwide, IPO markets are often viewed as a lottery, wherein successful allottees are able to sell their holdings at a huge premium on listing. While this went well till 2008, this arbitrage has faded over time at least in India.

Post 1992 the promoters are free to price their offering as per the market demand, which resulted in promoters realizing the maximum value of the issuance. Unlike secondary market, primary market is a promoter to investor transaction where like any other business the seller tries to realize maximum value by adopting all sorts of strategy. Reliance Power was hugely subscribed and then was a huge failure because the company had nothing on ground but the promoters through their Investment bankers tried very hard to sell the future value at an exorbitantly high price. The stock is still languishing below it's IPO price.

However it's not that always bad to go for an IPO provided you approach them as investments rather than lotteries. One should always consider following points before going in for an IPO:


1. Look at both relative and absolute valuations. Check for the fundamental rating given to the company from rating agencies like CARE.

2. Do not purchase IPOs for the Listing Pop.

3. Avoid subscribing to IPOs On Margin. Leveraging is fatal for IPO investors as it can compound the losses in case the listing is not as expected.

4. Do not invest just for the discount. Many companies offer a small discount to retail applicants at the time of the IPO. While this is good, it should not be the sole determinant while investing. A poor quality IPO’s post-listing price may go far below this discounted offer price too.

5. Avoid playing the "greater fool theory"*. Sometimes investors are aware of the poor fundamentals of the company but still go for the IPO just because it's hot and they think that they can sell their allotted shares at higher price on listing. There are many more people who are smarter than you.

6. Do not blindly trust the Government. If you think that only private promoters are out to maximize their gains then it's not completely correct. The Central Government has a chequered history with respect to the Offers For Sale (OFS) / IPOs/ FPOs conducted in the past. While investors have rejoiced in some cases (Maruti, Coal India and Oil India), they also have been bitterly disappointed in case of some others (IPCL and NHPC). Hence due diligence is always required for any issuance by anybody.


*Greater Fool Theory states it is possible to make money by buying securities, whether overvalued or not, and later selling them at a profit because there will always be someone (a bigger or greater fool) who is willing to pay the higher price.

When acting in accordance with the greater fool theory, an investor buys questionable securities without any regard to their quality, but with the hope of quickly selling them off to another investor (the greater fool), who might also be hoping to flip them quickly. Unfortunately, speculative bubbles always burst eventually, leading to a rapid depreciation in share price due to the selloff.
at June 07, 2014
Email ThisBlogThis!Share to TwitterShare to FacebookShare to Pinterest
Labels: IPO, Stock Market Lessons