Countries that support Syria vs Nations against Syria 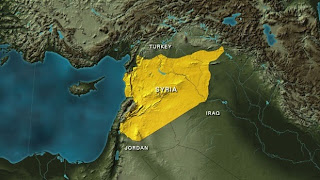 The countries in the region and western world are divided over the military attack on Syria following the suspected chemical attack carried out in country against it's people which has claimed more than 300 lives. If the tension increases, it could have serious repercussion for financial markets globally.

Following is the summary of each countries stand as far as military action in Syria is concerned.

United States of America - Preparation for attack is already underway by the country. Analysts believe the most likely US action would be sea-launched cruise missiles targeting Syrian military installations.

United Kingdom - Drawing up contingency plans for military action. Will support U.S in any intervention carried out.

France - The most hawkish country against Syria and certainly the most powerful in terms of Military in Europen region.

Nations that are against Military action:

Lebanon - Does not any support Military action by UN and US in the region.

Iran - Backs the Asad's govt and hence totally against any international intervention.

Russia - Russia is one of Mr Assad's most important international backers and has stressed the need for a political solution to be found to the crisis instead of Military intervention.

China - China has joined Russia in blocking resolutions critical of Syria at the UN Security Council. It has also criticised the prospect of strikes against Syria.
at August 28, 2013
Email ThisBlogThis!Share to TwitterShare to FacebookShare to Pinterest
Labels: News, Syria