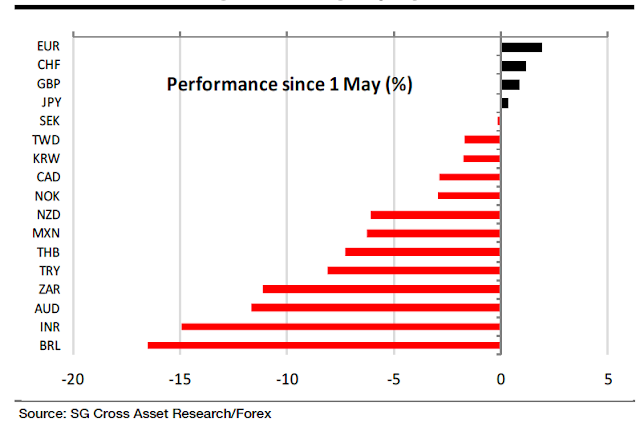 The talks of United Stated Fed tapering has made emerging market currencies go into tailspin. Some countries such as India and Brazil has lost more than 15% of it's currency value against USD since 1st of May 2013 which has led to both equity and bond market selloff. Indian Rupee fell to all time low of Rs 64.50 against the greenback on 21st Aug 2013.

at August 21, 2013
Email ThisBlogThis!Share to TwitterShare to FacebookShare to Pinterest
Labels: currency, USD vs INR