We all feel safe in stocks which are backed by strong Institutions and get good sleep while owning them believing nothing too bad will happen there. We assume that these institutions that pay huge salaries to hire best in class research analysts have done thorough analysis before putting money into the stock and we can safely follow them. Well in investing world nothing is safe and especially in Stocks where all the analysis is on paper while the actual show is run by the management / promoter. While following Institutions is relatively better than doing personal analysis (if you are not a very seasoned analyst), following them blindly and committing all or major portion of your capital to one single stock could bring you disaster. 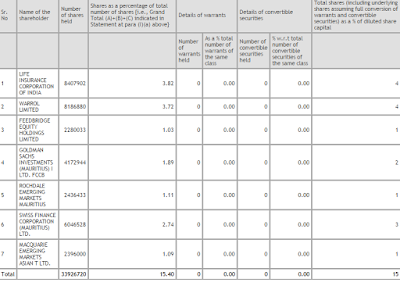 Amtek Auto has been in the limelight recently as the stock had fallen over 80% in one month since August 2015. The reason is still not out in public domain but the rumors are that the company is having some serious cash flow issue and has defaulted on interest payment to banks. General retail investors are at the mercy of promoters and management as by the time the actual issue is out in public domain the game is over.  Insiders are out while retail investors are stuck and have no choice but to take huge loss or wait forever to see their stock price back on the ticker board.

Further Read: Debt not the only concern for Amtek Auto 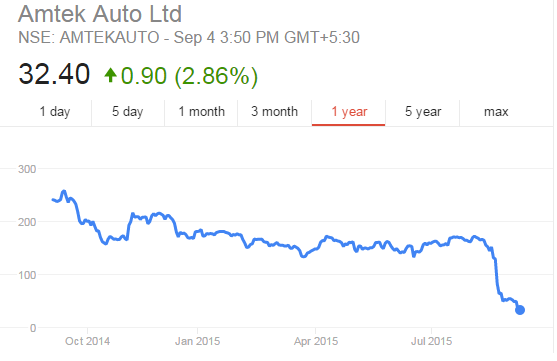 Investing in Stock is like playing with fire and if proper protection is not taken it can burn your hand. Diversification is the key to survival until and unless you are at the driving seat. If you are holding the stock of a Company which is managed by you then it’s a different story but as long as your sole motive is to invest in shares and make return, diversification is your lifeline. Imagine if you had put your entire money in Amtek Auto, you would have lost your entire capital but a 5% allocation wouldn’t have thrown you out of the game. 80% loss on 5% of your portfolio brings you down by only 4% which can easily be recovered by the residual 95% of your portfolio.