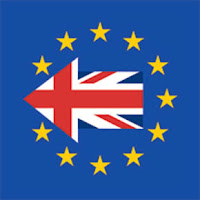 As they say "Unexpected Always Happens" and BREXIT happened exactly when financial markets was least expecting it. Britain exiting from Europe will have large ramifications on European Union and might lead to disintegrating the union which will happen off-course over the years. But this brings uncertainty to businesses and that is what market dislikes most.

Though India is largely insulated from the BREXIT for the time being but if EU is to disintegrate it could be a serious problem for us also as we do substantial amount of business in Europe. Also the uncertainties in European countries might lead to capital flight to safe heavens such as USD and precious metals which would certainly impact our stock market returns.

Other companies to watch out are Technology companies which derives substantial revenues from Europe and they should be monitored for any adverse developments.

Further Reading on BREXIT: How Europe will break on BREXIT
at June 24, 2016
Email ThisBlogThis!Share to TwitterShare to FacebookShare to Pinterest
Labels: BREXIT, Indian Stock Market