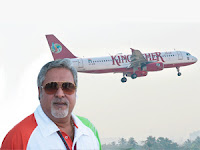 Vijay Mallya, also some times referred as King of good times due to his flamboyant life style, is having nothing but bad times lately. He is out of Forbes Indian billionaires list with net worth down to $ 800 million in 2012 from $ 1.1 billion as per 2011 Forbes Billionaire list.

Vijay Mallya is the owner and chairman of the United Breweries Group. United Breweries is the second largest spirits group in the world. He has invested heavily in sports, which includes an IPL team and a Formula One team worth 88 million euros. Mallya has for himself a vintage car collection of over 250 cars. In 2009 he bought Gandhi’s wire rimmed spectacles, pocket watch and other personal possessions being sold in an auction in New York for $1.8 million USD.