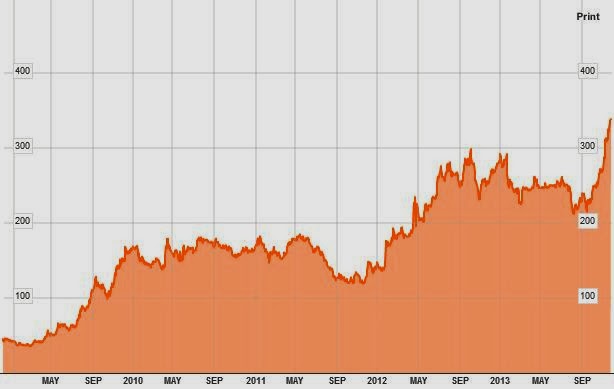 Some clues to help you in guessing the chart:

1. As visible on the chart the stock has been a big multibagger and has been a very strong recommendation at InvestorZclub since past couple of years.

By definition "Insider trading is when company insiders such as promoters, senior management and directors trade in the stock of their own company on the basis of information which is not available to the public shareholders". Under current insider trading norms promoters and other company insiders have to make a disclosure with the stock exchange within five days of the trades.

Security Exchange Noard of India or Sebi’s committee feels the post-trade disclosure puts minority shareholders at disadvantage and hence under proposed new norms promoters and top executives, intending to buy or sell shares of their companies, will have to inform the market well in advance before such transactions. Once Sebi makes it a rule, promoters and insiders may have to specify a window, maybe up to three months in prior, during which they would buy or sell their own shares.
Read more »
at November 17, 2013 1 comment:
Email ThisBlogThis!Share to TwitterShare to FacebookShare to Pinterest
Labels: insider trading, SEBI

On 27th May 2011 we recommended Britannia Industries (See article here: Ting Ting Tding) at Rs.391 in-spite of being expensive (35 time PE multiple) at that time. Prima facie the stock was expensive on PE front but the growth was cheap as the company was growing at very high pace. Guess what? the stock is still expensive today and is up more than 250% from the recommended price. Closing price of Britannia Industries as on 1st Nov was Rs.940

Fundamentally the company has done exceptionally well with sales and net profit up around 40% and 60% respectively between FY-11 and FY-13 (See charts below). High brand value and size of opportunity for its products across rural india is keeping the stock expensive which is now trading at a PE multiple of 50 times FY-13 EPS. Rise in EPS and further appreciation in PE multiple made the stock multi-bagger. 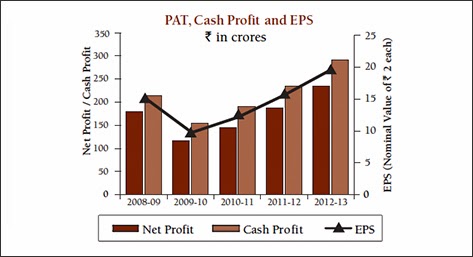 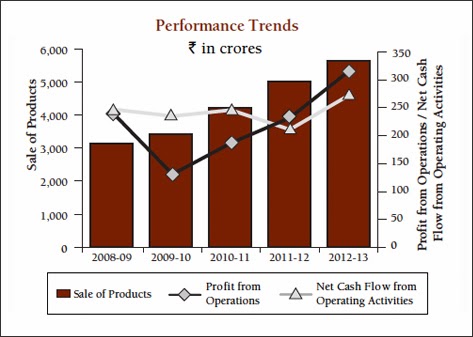 So what should you do with the stock now?
Read more »
at November 02, 2013 No comments:
Email ThisBlogThis!Share to TwitterShare to FacebookShare to Pinterest
Labels: Britannia Industries
Newer Posts Older Posts Home
Subscribe to: Posts (Atom)