Avoid Maruti Suzuki at any price above 1300

Here is how:
------------------
Suzuki Power train has been merged with MSI at very expensive enterprise valuation of more than 2000 crores. Before merger Suzuki had 70% stake in the company while rest 30% was held by Maruti. Financial of Suzuki Power train is as follows:
Read more »
at April 26, 2013 2 comments:
Email ThisBlogThis!Share to TwitterShare to FacebookShare to Pinterest
Labels: Analysis, Maruti Suzuki 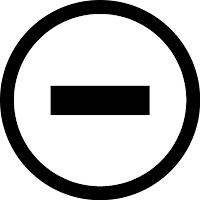 Yes you are reading it right, the street might be excited about the recent talk of Reliance Globalcom deal with Batelco, we at InvestorZclub believe that the expected deal , that could possibly value Reliance Globalcom at around 6500 crores, will be hugely negative for the RCOM shareholders and mathematically stock should come down to levels of Rs 62 post deal conclusion.

With expected consolidated EBIDTA of 6500 crores for FY-13, the company was valued at around 8 times EV to EBIDTA which was 23% higher than the Airtel's current EV to EBIDTA valuation of 6.5 times.
Read more »
at April 20, 2013 1 comment:
Email ThisBlogThis!Share to TwitterShare to FacebookShare to Pinterest
Labels: Analysis, RCOM

With so much noise about Infosys having delivered pathetic set of numbers, here is an opportunity to pocket quick 1.7% return in 8 trading days by being just contrarian and selling Infosys 2000 put at CMP of 6.40.

The stock had fallen 25% in two days and is approaching very attractive valuation levels. At 2000 Infosys will be valued at 11.5 times FY-14 EPS, above that cash based buyers will get at least 45 bucks as dividend next year and 27 bucks this year which is total dividend of 72 bucks in 1 year time frame. Also 2000 should act as very strong psychological support. Apart from that with 22000 crores in cash the company is available at an enterprise valuation of just 1,05,000 crores which is almost 2 times FY-14 sales.
Read more »
at April 15, 2013 2 comments:
Email ThisBlogThis!Share to TwitterShare to FacebookShare to Pinterest
Labels: Infosys, Trading Idea

Fall in gold and crude prices should repair 70% of the wounds that Indian economy is having while the rest will be cured by reform measures and change in govt.

Gold supply far exceeding demand in 2013 and 2014 coupled with cost of production at $1200 vis-a-vis selling price of $1500 makes a case for massive selling in gold even at current levels.

At InvestorZclub we have been very bearish on gold since the start of 2012 based on one very simple logic that if Aluminium which has huge application can trade at price 10-20 percent below the cost of production why should gold, which has almost no industrial application and is just collected for investment purpose, should continue to oblige miners with 50 percent margins.

Similarly crude as well has very negative outlook on the same lines of low cost of production vs high selling prices and fall in consumption demand. Gold and crude price fall put together should reduce India's current account deficit outlook for FY- 14 at around 4% of GDP which is an extremely good number relative to the FY-12 CAD of 5.2%.

Read more »
at April 14, 2013 No comments:
Email ThisBlogThis!Share to TwitterShare to FacebookShare to Pinterest
Labels: Indian Stock Market in 2014

2. The new strike scheme is applicable from April 1, 2013 for all stock option contracts across all expiry. The strikes already introduced in April 2013 and May 2013 expiry months shall continue to be available till their respective expiry.
Read more »
at April 10, 2013 No comments:
Email ThisBlogThis!Share to TwitterShare to FacebookShare to Pinterest
Labels: NSE, Options Contracts

Are you in the camp of believers who think that Gold prices never fall and just moves in upward direction with very small correction on it's way? Whether your answer is Yes or No, following snapshot is going to stun you for sure. Like equities Gold also encounters heavy correction and periodically gets into bear phases.

No asset class can move in only one direction which is a wisdom known to all of us but due to short term myopia and memories of recent past most of us now believes that Gold will never correct because in the history of Gold price recording the current bull run has been the longest in terms of time frame and has brought the best returns during the last five decades.
Read more »
at April 03, 2013 2 comments:
Email ThisBlogThis!Share to TwitterShare to FacebookShare to Pinterest
Labels: Analysis, gold

With over 1600 stocks listed on NSE and around 5000 stocks listed on BSE, selecting stocks for investment is not easy if there is no filtration mechanism. For example if you were to find companies which are having market value of more than 5000 crores but less than 10000 crores and a PE multiple of less than 6, it would take days to manually filter stocks matching this criteria.

Fortunately some of the companies in India are providing stock screeners free of cost to help you in your research and filter stocks based on several quantitative parameters. Following is the list of top 5 stock screeners for Indian Stock Markets.