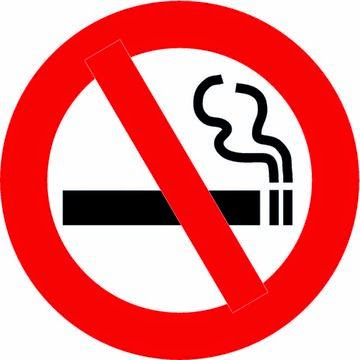 After Tuesday's (26th Nov) fall of more than 5% on huge volumes, the stock of ITC rose marginally on Wednesday (27th Nov) amid brokerage upgrades and their justification that the decision to ban loose cigarettes cannot be practically implemented and thus will have negligible to marginal impact on ITC earnings. However, it appears to be something fishy about the brokerage upgrades which immediately came after the stock took a big plunge. Most of the big mutual funds and FIIs have ITC among their top holdings and fall in price certainly affects their performance specially when there is a an year end round the corner when their YoY performance is measured.

It is very clear that govt. is trying everything to curb the consumption of tobacco in the country and would go to any extent to curtail it. Here are the 5 reasons you should avoid ITC for the time being.


1. The company derives 80% of it's profit from cigarette business and consistent regulatory interference in terms of excise duty hike, regulations regarding loose sales, advertisement etc will continue to be a overhang and would very likely hurt the sales volume for the company over medium term. Very high dependence on one particular segment is a big risk to the earnings growth in future.

2. ITC might appear cheap on relative valuation when compared to HUL, Dabur and other consumer companies but on absolute basis it cannot be termed as a cheap stock. With expected FY-16 EPS of around 14, @ 360 the stock is trading at roughly 26 PE multiple 16 months forward. A company which is expected to witness 12% profit CAGR from FY-14 to FY-16, should get lesser PE multiple specially when there is likely to be continuous regulatory interference.

3. The budget coming up in 2015 is likely to witness another hike in excise duty which will further impact the cigarette volumes for the company which is already declining since past couple of years. India is a price sensitive country and at some point the price-demand elasticity will start to play when the company will no longer be able to pass on the hike in excise duty and other costs freely to smokers.

4.  India is a signatory to the WHO Framework Convention on Tobacco Control, which also advises prohibition of the sale of loose cigarettes. With 70% volume for ITC coming from loose cigarettes, a ban on selling the same will be very negative for the company. Coupled with hefty fine on smoking on public places, even smaller packs of 2-5 cigarettes will be of little help in curbing the volume decline. China is also following in India’s footsteps with a proposed ban on smoking in public places as well as in films and TV shows. It’s also planning to ban advertising, sponsorship and promotion of tobacco products. Disouraging tobacco consumption is becoming a global phenomenon as millions are loosing life due to smoking and other forms of tobacco consumption.

5. Overall ROE and ROC for the company will be on downward trajectory for next few years as the company increasingly invest in Hotels, Paper, Agri and FMCG business units, which have relatively low return on capital, thereby leading to contraction in valuation multiples. With no visibility on to what extent the govt. would go to curtail the tobacco consumption, it's best to avoid the stock above Rs.300 as the current market price doesn't provide sufficient reward for the risk taken.