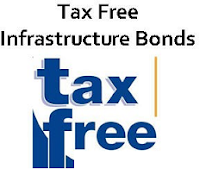 In FY 2010 an additional deduction was introduced to encourage investors to save money into infrastructure bonds. Under this new scheme a person could invest upto Rs. 20,000 on which no tax will be imposed. The most important part of the entire action was this was an additional benefit as compared to the Rs 1 lakh investment limit under Section 80C. So in financial year 2010 people were able to save upto RS.1,20,000 without paying any income tax. The bonds had a lock in period of five years.

The manner in which this section was structured was that this was applicable initial for just one financial year and this was later extended for one more financial year which meant that the benefit was available for the financial year 2010-11 and 2011-12.
Now there is no mention of this act in budget 2012 which essentially means that the tax benefit on Infrastructure bonds is no longer available from 1st April 2012 onwards. So eventually it nullifies the increase in the basic tax slab which has been increased to Rs 2 lakh from earlier Rs.1.8 lakh.
This is negative for individuals as well as infrastructure companies which raised lot of low interest capital from individual investors in last two years. Infrastructure in this country is bleeding and there was a hope that the limit would be increased to encourage more infrastructure developments. But unfortunately the limit has been reduced to Zero. Thanks to this so called pro-reform government.

Use the following link for more on tax after budget 2012 - Income Tax Calculator
at March 18, 2012
Email ThisBlogThis!Share to TwitterShare to FacebookShare to Pinterest
Labels: infrastructure bonds, Tax Savings