The press release of the second quarter result can be downloaded from the following link: Infosys Q2 Press Release

On the valuation front, even on conservative basis, if Infosys delivers FY 2012 EPS at Rs. 140 then at the CMP of Rs. 2500 the stock is currently trading at a PE multiple of less then 18 times. Hence long term investors with at least 1 year horizon can enter the stock at current level for at least 20% to 30 % appreciation. 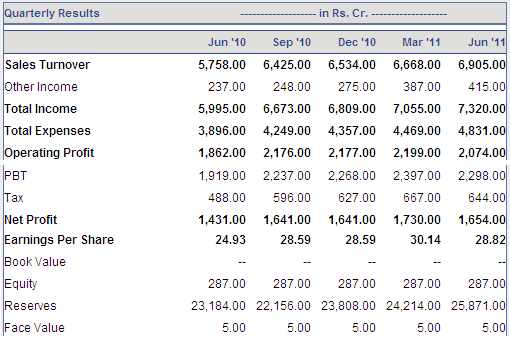