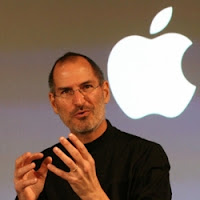 Steve Jobs, the man behind the world most innovative company Apple Computers left us on October 5 2011. He had been battling cancer and other health issues for several years and had a rare form of pancreatic cancer.

While US President Barack Obama called Jobs a visionary great innovator, Microsoft co-founder Bill Gates said he was a competitor and a friend. As per Facebook's founder Mark Zuckerberg Steve Jobs was his mentor.

Steve Jobs started Apple computers with a high school friend in a Silicon Valley garage in 1976. A decade later he was forced out of the company due to internal conflicts. He then returned back in 1997 to rescue the company which was losing market share and was making losses. During his second stint, Steve Jobs made Apple Inc grew into the most valuable technology company in the world.