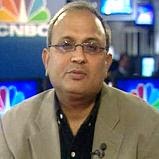 Samir Arora, fund manager at Helios Capital believes October is going to be a bad month for equities all across the board. "The European Financial Stability Facility (EFSF) expansion already factored into global equities," he added.
It has not been a good start to the month with Nifty seeing 1.5% cuts on the first two trading days. Arora feels the second quarter performance will weigh on Indian equities this month. "I think the result season, in general, will be bad," he said.
According to Arora, the government indecisiveness regarding its divestment plan is also not helping investor sentiment towards India.
So far, the government has been able to raise less than 3% of the initial target of Rs 40,000 crore for the year due to sluggish market conditions.
"The biggest disappointment in September was the way ONGC divestment was handled," Arora said adding, "...the road shows had happened in early September or August end when the markets had already gone down a lot. So, to suddenly say that the markets were bad, I think, was just an excuse."
"So if that is mood of the government that something, which is nearly done, gets undone, then on what basis are we supposed to look forward to events, approvals, parliament because things are in hand and then we walk away from them," he questioned.
Arora feels the current downtrend could turn out to be more painful than 2008 collapse. "We need a positive trigger for new uptrend in equities," he stated.
Are you looking forward to horrible October or do you think it may not be that bad? Are you bearish?
I’m bearish. Our analysts are optimistic that the market will fall. Even if somebody is right on the market for a short period of time, the fact that the overall market is down, hurts confidence, optimism and business to a greater extent. So being bearish helps me do a bit about what to do about the currency, about lack of complete investor interest. This is going to be a bad month, but we have played better this time.
Do you think the 4,300 level, which you were positioned for, may come in the next few weeks?
I was not playing for a certain level; since there is so much uncertainty, there is no point in being a hero. I’m not sure where this level will settle, but the result season will be quite bad because companies are dealing with various factors like forex exposure, high interest rates, lack of orders, etc. Hence, there will be disappointments. Even if a company posts a good result, it won’t be viewed as being predictive for future. So this month will be relatively bad, but hopefully, if the rest of the world gets some solution by the end of this month, then we could be less bearish and more bullish on the market.
The German vote got passed last week and markets are down 3-4% since then. How do you think that part of the story pans out?
We have been deceived a number of times by these events. We started with Bernanke’s speech in Jackson Hole, then President Obama’s speech, after that there was the FOMC meeting and now the German vote (on Greek bailout fund). It would have been evident if President Obama or Bernanke had a solution; then they wouldn’t wait for the next speech to announce that solution. The situation is quite terrible right now.
There is no a single, quick-fix solution anymore. Greek bailout package is not even a real resolution. The USD 440 billion EFSF, which was announced two-three months ago, was rejected at that time as the markets thought it wasn’t big enough. Geithner went to Europe and suggested that they should leverage it and now it clearly shows that it won’t be allowed. So, the German vote was a legal approval of something that had come into the markets about a couple of months ago, and at that time, it was perceived as being insufficient.


Do you think it’s a long haul problem and not just a fall to a particular level, and then, we bounce off next year?
Secondly, the price of ONGC has not fallen too much, it was about Rs 260; it used to be about Rs 275. So, look at the way our government is handling issues; it goes on a road show in a bearish time, it finds support for the issue at maybe 3-5% discount and on the last day, it suddenly says it is not doing ONGC neither BHEL. So, we are supposed to start evaluating BHEL without any reason being given to us as to why the previous issue was cancelled. It happened because the government didn’t want to give up its control on the financials of ONGC; it didn’t want to put a limit on how much subsidy it can be asked to pay, etc. So if that is the mood of the government, then on what basis are we suppose to look forward to events, approvals, etc?

Below is the transcript of the interview:
at October 03, 2011
Email ThisBlogThis!Share to TwitterShare to FacebookShare to Pinterest
Labels: current market view, Samir Arora